‘The Sound of Music’ is back on stage 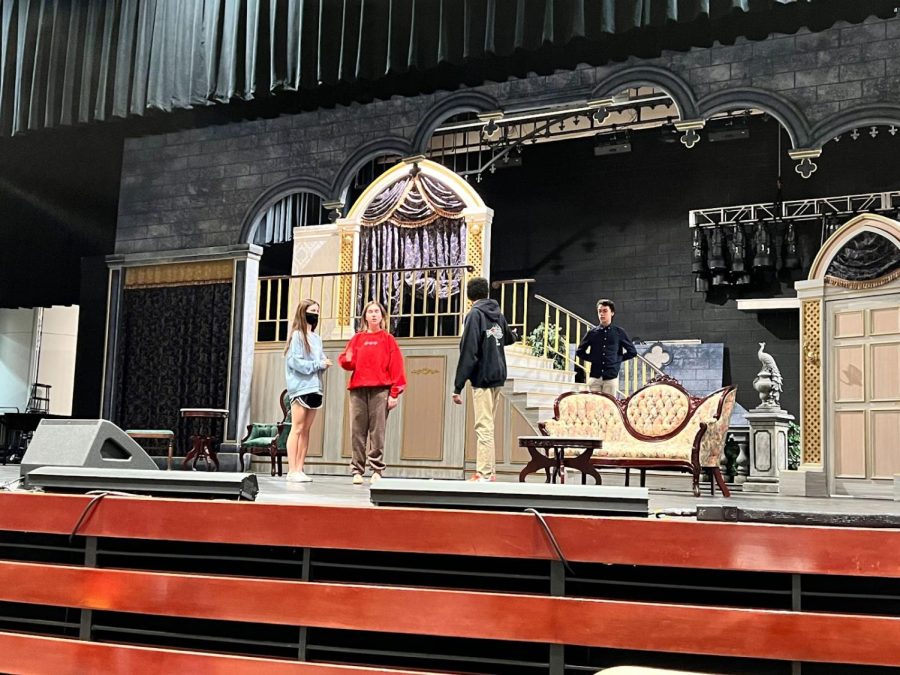 Cast members block and rehearse their scenes. Rehearsals occur every day after school to help prepare for performances beginning in March.

Xavier’s theater gives students the opportunity to express themselves behind the curtains and on  stage. Rehearsals for the musical occur after school every day and can last up to five hours.

During rehearsals, cast members are given time to create deep connections with each other while learning how to embody their roles.

“The best thing I’ve gotten out of the musicals at Xavier is getting close to so many people who do theater and eventually being able to call them family,” said junior Eliza Livingston, the assistant director.

Even though “The Sound of Music” is produced in the Xavier theater every decade, it is never the same musical that was showcased previously.

According to musical director Jessica Vining, “There is a different approach to it every time, but there is a bit of classicism to the show that lets it remain the same Sound of Music.”

Being behind the scenes of the production, the cast and directors are able to create a vision for the show that they all share with each other. Their goal is for the audience to experience the kind of vision they rehearsed and created in the studio.

“It’s all about discovery and trying new things to help communicate these beautiful stories to an audience, hoping they will come away with it the same way we do,” said Vining. The cast and crew also go into great detail about the characters’ relationships toward one another, along with peeling back the layers of the story in order for it to leave an impact on the audience. Vining said, “That’s something the audience will never know.”

Having to embody and act like a character comes with its struggles to the cast members. They all want the audience to feel as if it is watching the true Sound of Music, so they take a lot of time and effort in making sure they are embracing the characters they are playing.

“The important thing to playing a role well is not looking at it as a character. When you’re on the stage, you are that person and you’re not acting, you’re reacting, but it’s definitely not as simple as it sounds and it takes a lot of work, time and continuous effort,” said senior Destiny Delao who plays Kurt Von Trapp.

Due to Covid-19, this year’s production was even harder to put together because they had to cut down the cast size. Previously, there were approximately 60 students involved, but this time the cast size was reduced to 32 people.

Even though the cast size has been reduced, the people involved still create lifelong friendships. “I have so much love for this cast. Every single one of them holds a special place in my heart,” said Delao.

Come out and support Xavier and Brophy’s theater performance of “The Sound of Music” with your friends and family on March 3, 4 and 5.