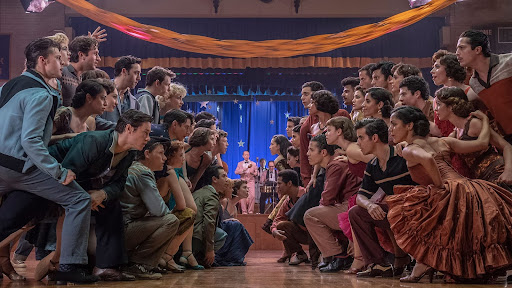 Taken from a moment in the film “West Side Story,” this scene captures the rivalry between the two groups. This scene also showcased the captivating energy and beautiful costumes in the film.

Natalia and Layla praise and critique (respectively) the reimagined version of “West Side Story.” *WARNING! These articles include spoilers.