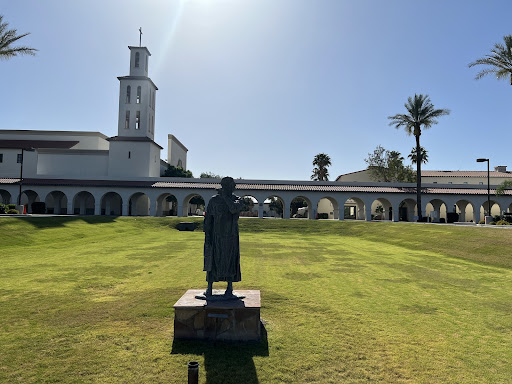 Life is a gift given by God. However, it is inevitable that everyone dies. What happens to a person’s body and soul when death comes? Different denominations have different opinions.

“If you are a person who believes in Jesus Christ as your Lord and Savior… then you go to heaven,” says Sara Gillighan, youth coach for Christ Church of the Valley (CCV), one of the largest churches in the nation, having 14 campuses.

Cindy Bressler, youth director at Ascension Lutheran Church, said, “Those who have believed in God and have pleased Him through good works will be rewarded with heaven, or paradise, where they shall live for eternity.”

Many believers and non-believers get confused by the idea that people become angels after they die. Xavier chaplain Father Nathaniel Glenn says, “No… angels are a completely different species of creatures from humans.” According to Glenn, Catholicism believes that angels are separate from humans, and there are many types of angels. The order of angels is as follows: seraphim, cherubim, thrones, dominions, virtues, powers, principalities, archangels and angels.

After people die, “the soul is separated from the bodies.” Once that has taken place then “life is judged by God according to how a person responded to his or her personal call. As a result of this judgment, an eternal reward will be decided” said Glenn. Catholics believe that after death a soul will spend eternity with God if He judges it to be so.

For Catholics, due to concupiscence (which is humans’ tendency to sin), people are usually not ready to be accepted into heaven immediately after their deaths. For sinners who have not committed a mortal sin, which is rejecting God entirely, God created purgatory.

“Purgatory is the state after death where we are being healed and purified of sins or any attachments to sins,” said Glenn. “This process is not always enjoyable for people to undergo, but “the fullness of health, the joy of heaven, is worth the pain,” Glenn added.

At the end of time, God will have a second coming, and this is called the Parousia. Glenn said, “‘Parousia’ is a term in Greek that translates roughly as ‘coming to wholeness.’…there [will be] a new heaven and a new Earth. So the Parousia will be the culmination of history at the end of time, when everyone receives their eternal reward.”