Does the Amazon Echo retrieve information for the CIA? 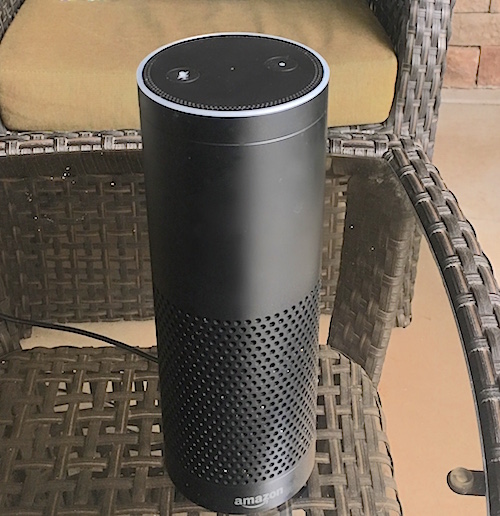 Junior Sydney Dean has an Amazon Echo. She, however, does not believe the Echo is connected to the CIA.

Over the past year, rumors have continued to circulate around whether or not the Amazon Echo is linked to the United States’ Central Intelligence Agency (CIA).

The Amazon Echo, commonly referred to as “Alexa,” is a hands-free speaker that responds to any voiced demand. The device is wifi-connected and functions as “personal assistant.”

The conspiracy theory that links the Echo to the CIA originated back in March, when a woman released a video to Youtube, showing the Amazon Echo’s lack of response after the woman asked whether or not it works for the CIA.

This gathered a lot of attention mainly because of the Amazon Echo was known for responding to any question, at least in some way. If Alexa does not have an answer to a question, she responds by saying so, not by being silent.

However, Amazon has recently updated the Echo software and declared the puzzling issue a technical difficulty. Since then, people have continued to speculate about whether or not Amazon’s response was a cover-up.

Whether this CIA-Amazon scandal is real or not, this unique situation has called the world’s attention towards the possible violation of their privacy. Some people who own an Amazon Echo claim to have taken precaution by unplugging the device when it is not in use, while others have completely ignored the possibility.

Sydney Dean, a junior at Xavier, said that her family owns an Amazon Echo.

Dean said, “I especially like it [the Echo] because [it] is kind of like a combination between Siri and a beats pill, and [it’s] hands-free, so you don’t have to walk across the room to ask a question.”

In response to the scandal involving Amazon and the CIA, she stated, “Even before this whole situation happened, my mom has always unplugged the Alexa when we’re not using it because she feels paranoid. Just the idea that a stranger could be listening in on our every conversation just makes us feel uncomfortable.”

The possible violation of privacy, although already declared false, has created a nationwide controversy throughout this past year. Overall, the issue at hand has called society to take more precautions towards protecting their privacy.