It’s a “Brand New Day” with this historic Brophy relic 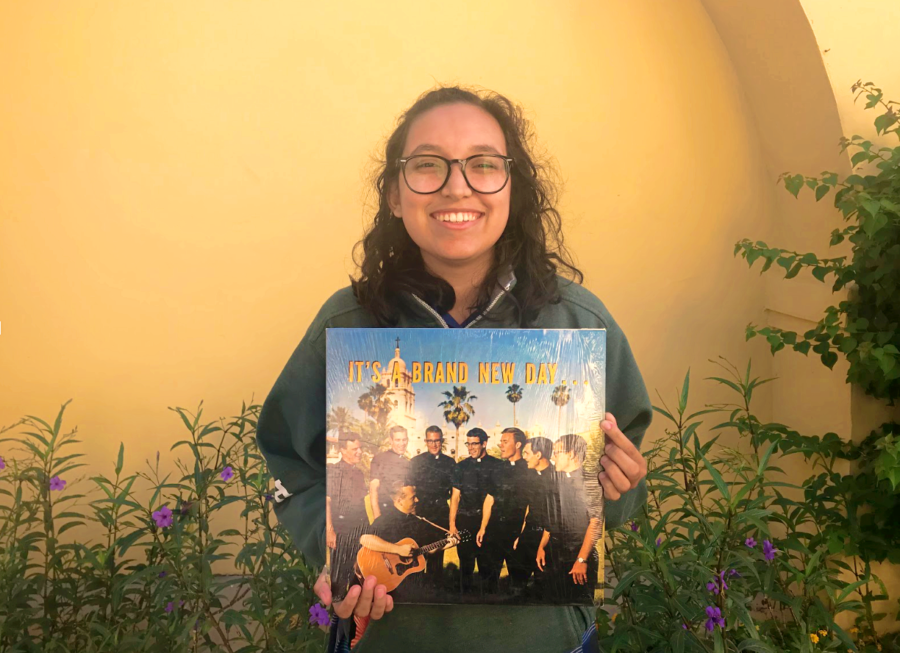 Senior Alexandra Mesquita got more than she bargained for at a visit to her local thrift store. The Xavier student accidentally stumbled upon a vinyl record with its cover art featuring a very familiar site- the Brophy bell tower.

The album, titled “It’s a Brand New Day”, was found at a Goodwill in Goodyear, Arizona. Mesquita says that “It’s a Brand New Day” contains church songs sung by Jesuit seminarians that were teaching at Brophy in the 1960s. On the back of record’s sleeve, it is written that the album was produced by the Brophy Dad’s Club in 1969.

When putting “It’s a Brand New Day” into her record player, Mesquita can only describe the Brophy seminarians’ music as “surf pop” and “Gilligan’s Island-inspired”.

Thrift shops are notorious for their assortment of unusual items. Who knew that you could find something from Brophy at one!