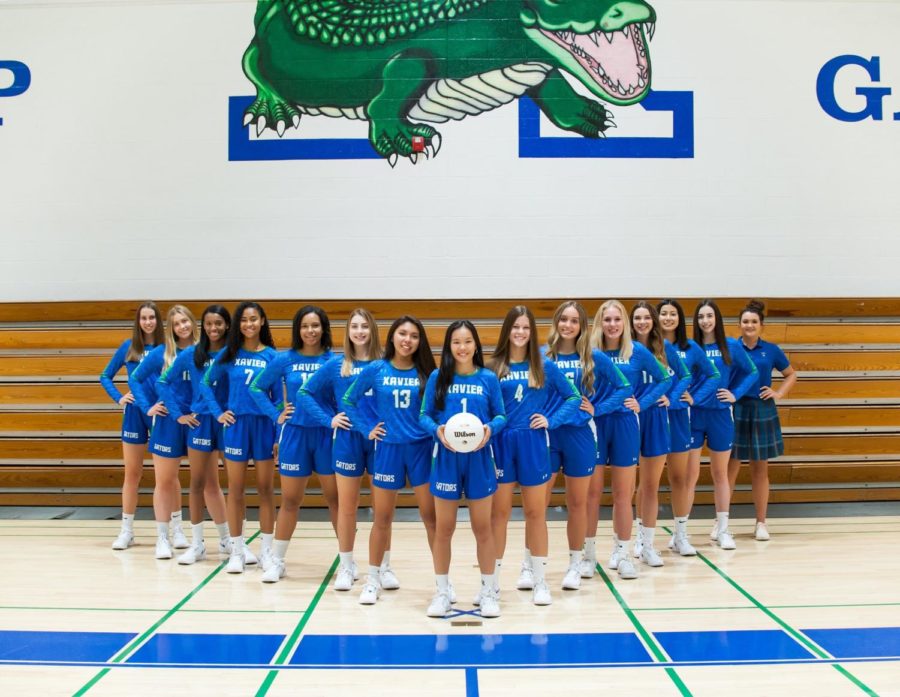 The varsity volleyball team had a successful season, with 13 wins and 4 losses within their league. While participating in tournaments such as the Nike TOC Tournament and the Durango Fall Classic, the volleyball ends the overall season with 29 wins and 9 losses. Entering into playoffs, the team is hoping to defend their state title and is currently ranked as a two seed. Junior Jasmine Knight says “I am looking forward to playing with my teammates and playing really hard against teams that we have lost to”. The Gator varsity volleyball team lost to Hamilton and Perry throughout the regular season and hope to have the opportunity to face them in playoffs. Coach Lamar-Renee Bryant discusses how the team is focusing on the mental aspect of their game by “staying strong and confident and make sure to take care of their side of the net and that starts from the first contact”. She is also excited for the team to have the opportunity to compete at a high level, defend their state title, and for the seniors to wear the Xavier uniform one last time.

Playoffs are an opportunity for the current team to bond and play together one last time before the seniors head off to college. Senior Captain Ashley Young says “I will miss the people on the team because it’ll be hard, thinking I’m not gonna be able to play with this person ever again.”

The Varsity Volleyball team successfully defended their 6A State Title on Nov. 7 when they defeated the Corona Del Sol Aztecs! Congratulations on a great season Gators!