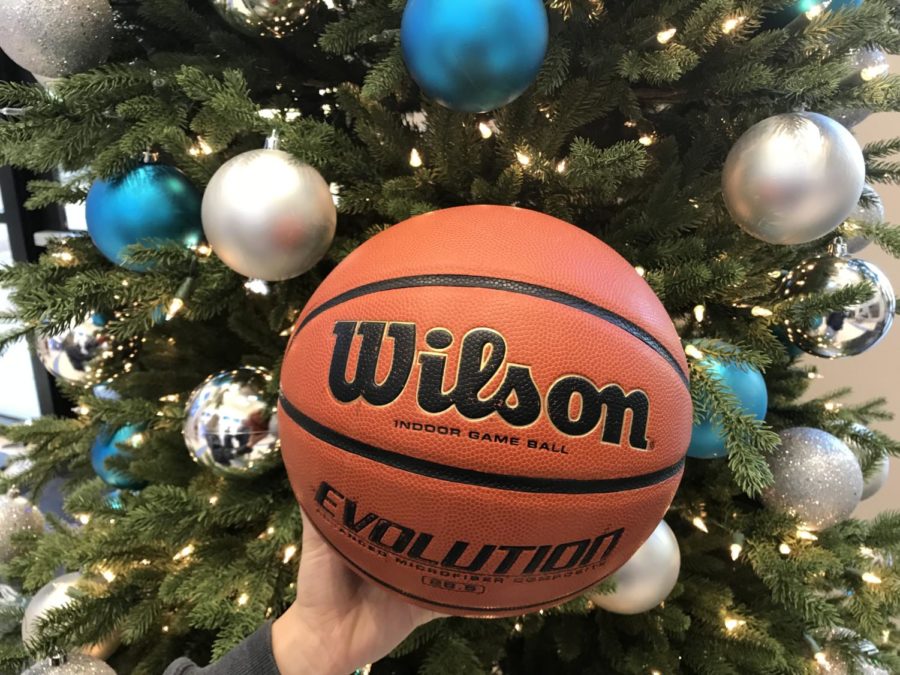 Junior Megan Onofrei is getting excited for the Christmas season and upcoming basketball games. Photo by Kit Blouin.

For decades now, professional sports teams have been playing games on both Christmas Eve and Christmas Day. One of the biggest professional sports leagues in the United States, the NBA, regularly schedule games during this holiday. However, an important question soon arises: are these games a disruption to Christmas traditions or a tradition in itself?

The National Basketball Association, or simply known as the NBA, has been playing games on Christmas for over 70 years and for the last 10 years, there have been 5 games played on Christmas Day. When these games are announced each year, many people think about players being away from their families during the holidays because the league requires them to play.

Junior Kaitlyn Lauck says, “Christmas is a time to spend with family and athletes should be able to celebrate with their families. Their Christmas celebrations shouldn’t be limited by the league making teams play games.” However, many people in other professions, such as doctors and police officers, still work on Christmas Day and must also sacrifice family time to work to support their families, while earning just a fraction of what professional athletes make yearly. According to Forbes, the reported average NBA salary is 6.2 million dollars, which is far more than the average person working on Christmas Day earns. Professional sports organizations also have a large staff working behind the scenes in the offices or at the stadium to make sure games run smoothly and every Christmas these employees are also sacrificing their family time.

Athletes playing on Christmas Day provide entertainment to fans all across the United States and the world, many of whom may not even celebrate Christmas. For the league and individual teams, these games are lucrative to play in as Christmas games generate increased revenue from the national television broadcast exposure and heightened ticket prices. According to The Street, these game tickets are the most expensive tickets of the season, apart from the NBA Finals. In addition, a greater portion of the population is able to watch these games from home because of time off work or school during Christmas.

Junior Hannah Zurbriggen states, “My family always watches sports games on Christmas Day every year. It is fun to come together and watch the games as a family.”