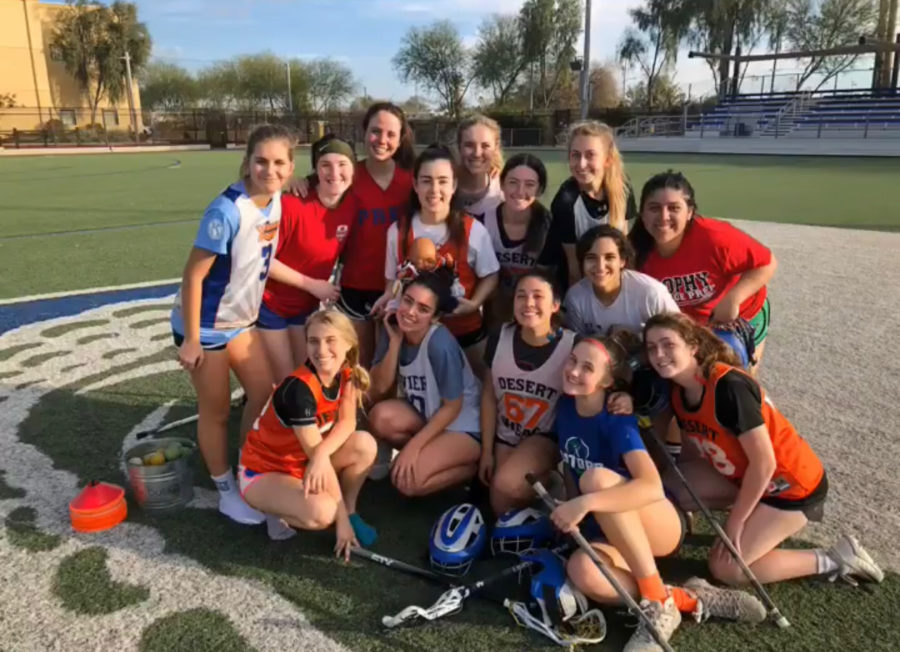 Xavier’s Lacrosse team after practice, huddling around each other. Photo Courtesy of Kit Blouin ‘20.

Xavier’s Lacrosse Team is entering into a rebuilding year as new changes arise: the elimination of a Junior Varsity team, a new coaching staff and the loss of 13 seniors from the team two years ago. Last year, Xavier had two lacrosse teams: a powerhouse varsity squad and a JV team that focused on teaching and growing the sport. This year, the lacrosse program has decided to eliminate the JV team, prioritizing the varsity team. In past years, Xavier’s lacrosse teams have won three state championships (2012, 2009 and 2004). However, this year, coined the “rebuilding year” is hoped to set up the Gators to become state champions once again and bring a winning tradition back to the lacrosse program.

The 2019 Lacrosse season has brought about the addition of a new coach, Coach Jen Nevatt. Accompanying her is Xavier’s English teacher, Dr. Zuba, who brings his enthusiasm to the field. This combination will certainly bring about victories for the Gators, and the knowledge of the game that Coach Nevatt brings to the table will ultimately contribute to useful strategies and successful game plans.

Junior Kit Blouin, a varsity player since her freshman year, recalls the team losing 13 seniors going into her sophomore year, leaving the team with five returning players. However, despite losing so many experienced seniors, the Gators bounced back from this loss and worked their way back into the path for another state championship. Although this huge change happened two years ago, it still impacts this year’s lacrosse team as they are rebuilding with a fairly young team.

Blouin recalls the effects of this change, saying that “Being on the varsity team since my freshman year, I’ve watched as many experienced players have come and gone as well as new players learning the sport and growing the team. Losing seniors going into my sophomore year definitely set the tone for rebuilding. We stacked our team with juniors and sophomores and a few seniors and freshman. Last year we did well and finished 6th in the state. Going into this year with a new coaching staff has excited the team for what is to come and has definitely motivated our young team to make a name for ourselves. It pushes us to work towards bigger goals and prove to never underestimate the underdog.”

The changes that were brought about for Xavier’s lacrosse team during this year’s season will ultimately alter the program in a positive way. Junior Tara Kobierowski talks about her perspective on the changes to her team, reflecting on how “With our new varsity head coach, I have really seen our team advance throughout this season. We’ve gotten closer and now that we’re on the same page, we’ve been communicating and working together to bring more wins to the table. I am really excited to see what this season has to offer for us!”