12 Angry Jurors at the Brophy Blackbox 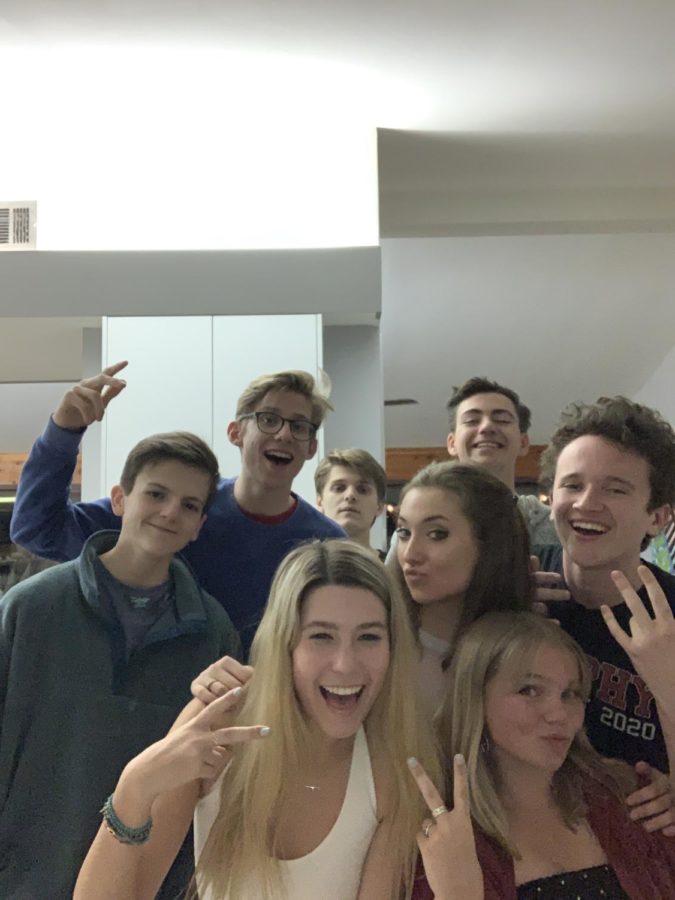 The cast of 12 angry jurors after one of their daily rehearsals.

12 men seated around a table in a hot, stuffy room. A black and white film with old-timey accents and men pulling their stiff shirts away from their necks. This is the story of 12 Angry Men that we all know and love. A classic on justice and equality, brought to life through exquisite performance. But at the Brophy black box, the story takes on a new narrative.

Coming to Brophy this Spring is 12 Angry Jurors, a new take on an old classic. The play follows the story of 12 American citizens (not just men anymore) as they sit on a jury, deciding whether or not a young man is guilty of killing his father. The characters in the show fill a wide range, from a nervous immigrant to a man with bigoted ideas, who battle in the argument of whether or not the man on trial should be found innocent or guilty. The story begins with 11 of the jurors believing the man is guilty, and one single juror advocating for his innocence. This juror, only referred to as juror number 8, becomes the protagonist of the story, fighting the other jurors with an intense conviction that the man on trial deserves their time of day. The play unfolds as the 12 people sit at the table, switch sides, argue, build tension, and ultimately fight for justice. Junior Spencer Blanchard, playing the crucial role of Juror 8, says this story is “a show for the actors,” due to its simplicity and bare-bones nature. “There’s not much of a set, no crazy costumes, nothing like that. We have a group of really talented individuals and that’s really what makes this show worth seeing. You get to see great actors, well, act.”

As the story progresses, Juror 8 finds himself no longer alone in his fight for justice. He finds allies among the group of 12 who stand behind him and alongside him. Contrastingly, he also finds himself with enemies, like Jurors 10 and 3, who are the protagonists of the story. Juror 10 is a man who automatically believes the boy is guilty because “he’s one of them”, meaning he judges him only on the color of his skin. This character adds social commentary to the show, as well as aids to the show’s build as tension grows between him and the other characters. Juror 3 is yet another crucial character, who acts as Juror 8’s foil. He is irritable and opinionated and likes giving the others jurors a hard time. It’s characters like these, characters who mirror people we know too well in real life, that make this show so real, even decades after it was written.

Junior Ali Tichavsky, who plays the role of Juror number 6, a timid and somewhat unsure woman, says people should come to see the show because of its social and political significance. “I think this show shines a light on the corruptness of our justice system. That is, to the core, what it’s really about. It’s important to take shows like these and see what they’re really saying about our world. And what this one says is that a change is needed, and it’s people like Juror number 8 who are going to create it.”