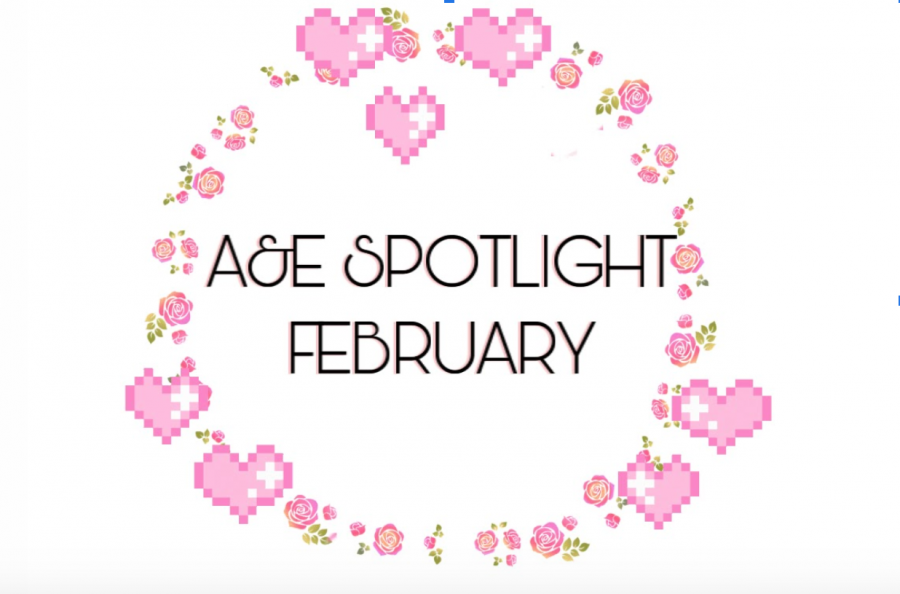 With all the activities and events taking place around the valley, Arizonians can become overwhelmed with the number of fun choices! But, no need to fear, the hard part has been taken care of. Listed below are a plethora of events, movies, and albums coming out this month handpicked for Xavier girls to enjoy.

This fun family-friendly event displays food over 55 local food trucks with a large variety of foods including vegan food trucks and desserts, along with live music from local musicians and games, cooking classes, and food eating contests. Food samples start at two dollars

Children 12 and under get in and tickets are $8 dollars for general admission for adults and $50 for VIP can be purchased online at streeteatsaz.com or at the door.

This free art walk is stationed throughout Old Town Scottsdale and displays Native American and Western-themed art from 28 galleries and 2 museums, Scottsdale Museum of Contemporary Art and Western Spirit: Scottsdale’s Museum of the West. This art extravaganza is connected with “Western Week” an experience of events including the Hashknife Pony Express, Parada del Sol Parade, and the Arizona Indian Festival.

Candytopia is an interactive sensory event filled with unique candy rooms and installations along with candy samples and fun surprises. Tickets are $28 for adults, $20 for kids (4-12), and kids under 3 are free. All guests under 18 should be accompanied by a legal adult and tickets should be purchased in advance at candytopia.com.

This sweet event is open to the entire family which showcases music and events as well. .  Sweets include Cotton Candy Tacos, Fudge, Caramel, Freak Shakes, Cupcakes, Ice Cream, Funnel Cakes, Candy Bar, Macaroons, Pies and more.  Tickets are $7 for those 13 and older and children 12 and under enter free. Tickets can be bought online at sweetsfest.com

(February 8 to March 29 weekly on Saturday and Sunday)

The Renaissance Festival celebrates renaissance times by including a series of activities over 2000 costumed characters, delicious food, and games based on the theme. Tickets are $26 for adults, and $16 for children 5-12 when purchased at Fry’s Food stores, children under 5 are free. Tickets purchased at the Festival are two dollars more.

In this new Album, Kesha returns to her pop roots where noting she’s “reconnected to the unrestrained joy and wildness that’s always been a part of me—and in this process, I have had the most fun I’ve ever had making a record.”

This album by English singer, songwriter and former band member of One Direction, is changing course from Tomlinson’s history of pop and taking an electro and indie spin.

Treat Myself will be the third of Trainor’s studio released albums and was delayed from being released in August of 2018 due to her planning to add more songs. She states making the album she was “in such an amazing place” and “can’t stop writing songs.”

Green Day – Father of All- February 7

This popular, alternative, American rock band is set to release their 13th studio album with a running time of 26 minutes and 16 seconds, their shortest of all of their albums. Green Day’s lead singer Billy Joe Armstrong describes the lyrics are about both “the life and death of the party.”

Just in time for Valentine’s day Australian, musical project, Tame Impala will be releasing their fourth studio album which runtime adds up to 57 minutes and 55 seconds.

A family barely escaping an avalanche while skiing during a vacation in the Alps a married couple is forced to reevaluate life and how they truly feel about each other.

A live-action comedy picturing the adventure of Sonic the Hedgehog based on the popular video game franchise Sega.

The Call of the Wild- February 21st – In theaters

The story of Buck a dog taken from his California home to the wilds of the Alaskan Yukon during the Gold Rush of the 1890’s as a mail delivery dog. See his adventure of a lifetime, finding his place in the world, and becoming his own master..

In this sequel to the movie “To All the Boys I’ve Loved Before” Lara Jean and Peter become an actual couple and navigate their official firsts’ with each other and relying on her friends to help her manage the complex emotions that come with this new chapter of balancing a relationship and figuring out her authentic self.