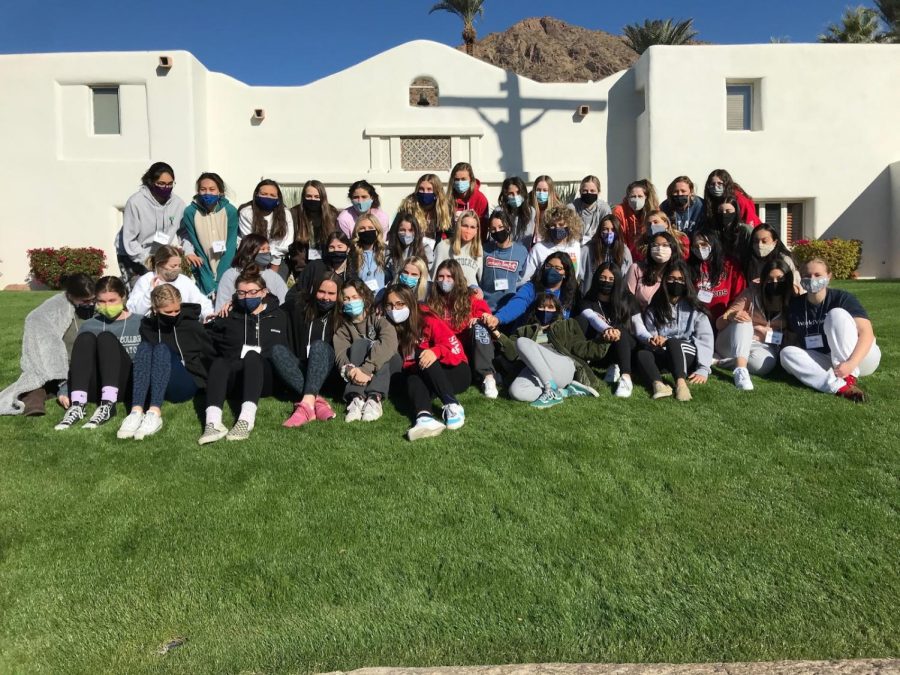 For the last four years, Xavier seniors have had the opportunity to participate in the Kairos retreat, a three day experience that Catholic schools and churches host all over the country.

The retreat is organized by Kimberly Cavnar, the director of Campus Ministry at Xavier. This year, there was a Kairos on December 1 – 4, which I was lucky enough to attend.

I would describe it as an incredible learning experience. While on Kairos, I discovered so much about who I am, who I want to be, and who the other girls are. It is an invaluable time to free yourself from the routine of daily life and explore your relationship with yourself, your loved ones and God.

The retreat is traditionally four days and it mirrors the Paschal mysteries. Cavnar shares, “It really is to kind of go through life and look at ‘Where do I need to let my old self or old pains die so that I can be risen to new life?’ That way, by the end, everyone is ready to go out and live more fully.”

“It truly changed my perspective about my worth and who I am, and opened my eyes to the possibilities of deep friendship with one another,” added senior Camille Kerber.

Kairos has made an immeasurable impact on young people who have the courage to give up everything for four days and attend. Each retreatant has a completely unique experience and, for many, it changes their views of life completely.

“Kairos is so special to me because it brought so much purpose to my life when I struggled with finding any. Attending the retreat after quarantine, where negativity consumed me, it was like an earthquake that quite literally shook my world,” said senior Leina Rascon.

It’s not all serious, though. “There is lots of laughter and a lot of bonding. It’s sort of like being a part of a family. You’re sharing meals together and spending your whole day together. And then, when everybody comes back to school, that family keeps building. Even though not everybody has been on the same Kairos, there’s this sense of ‘we’ve shared something,’” said Cavnar.

Some changes were made to the retreat to fit social distancing guidelines. Prior to this year, the retreat was held at a camp in Prescott, where all the retreatants stayed together in cabins.

This year, it was held at Mount Claret. The attendants went home each night and returned in the morning. All those present wore masks and were socially distanced for the entirety of the experience.

Despite these precautions, most Kairos traditions stayed the same. Attendees were asked to not use their phones during the four day period, as they normally wouldn’t have access to them if they were staying in Prescott.

They were also asked to stay away from school work, college applications and any other kind of stress. The Kairos retreat is meant to be a time for reflection, and these things can be a distraction from that time.

Most of what happens on Kairos is confidential. The retreat is a time for great vulnerability, so it is important to respect that.

One of the best parts of the retreat is how it embraces the great unknown. There are many aspects of the retreat that are more special if they are surprises, which is another reason for the confidentiality. It’s important to let go and try not to worry about what is going to happen. It will never be what you expect.

There are retreats coming up at the end of January, February and March. If you’re considering attending the retreat, I would strongly recommend it.

“If nothing else, give yourself the gift of this quiet break from life. You probably need it more than you think,” said Kerber.