Super Bowl Sunday is right around the corner 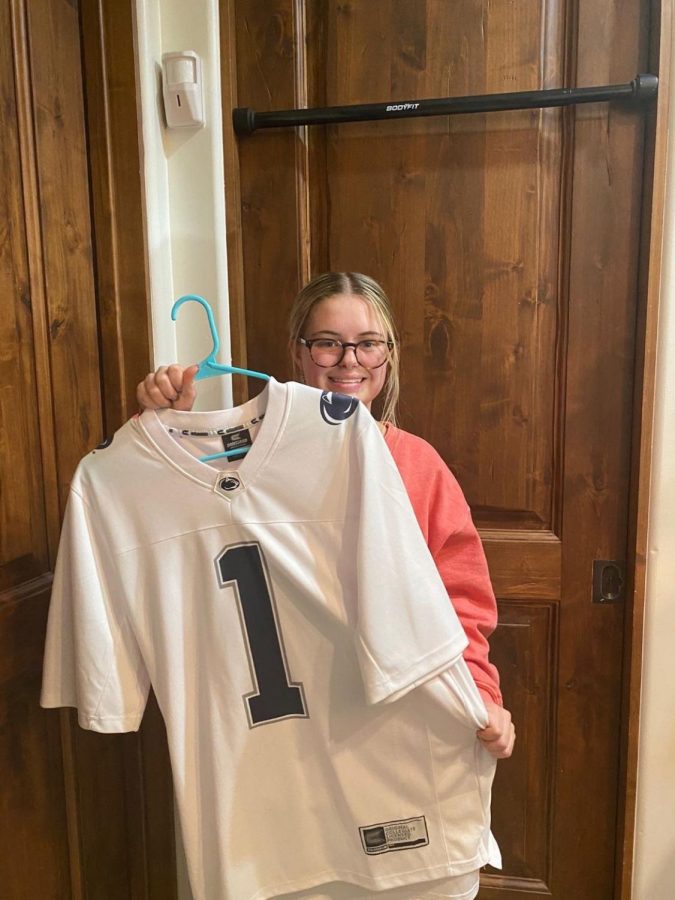 Junior Elle Samuel shows what she is planning to wear for Super Bowl Sunday.

Super Bowl Sunday is of course an exciting day for football fans across the country. It’s a day where families come together as a season comes to a close, most anticipating which team will be that year’s champion.

The 2021 Super Bowl will happen on February 7 in Tampa Bay, Florida. The final four teams that played this past weekend were the Buffalo Bills, the Kansas City Chiefs, the Green Bay Packers and the Tampa Bay Buccaneers. The Buffalo Bills and the Green Bay Packers suffered losses and will not be playing in the Super Bowl this year. There will be limited fans but there will be a halftime performance by popular singer The Weeknd.

This year the players of the National Football League were able to play against all odds. With the first game of the season beginning September 10, the NFL was successfully able to safely carry on for its 101st season. The NFL has tried its best to remain safe and healthy while continuing to broadcast the sport loved by most. The year was unlike any other for both fans and players, as stadium seating was much more limited and masks became a new normal for many.

Interestingly, NFL teams had their cheerleaders this year, which was great news for some. Junior Sabrina Le said, “I was so happy to see the iconic Dallas Cowboys cheerleaders safely continue with their tryout process, even if they do now have to wear masks at games and alter their sideline routines a bit.”

The playoffs were quite emotional for the New Orleans Saints, as it was beloved player Drew Brees’s last game. Regarding the Ravens’ loss in the playoffs, many believe it to be the “Madden Curse” striking again as quarterback Lamar Jackson appeared on the cover of Madden 21.

So who will come out on top this year? Will Patrick Mahomes be taking home his second ring with the Chiefs, or will Tom Brady bring the trophy to Tampa Bay (where the game will take place) with the Buccaneers?

People love to take their guesses on who will win and some go all out in support of their favorite teams. Freshman Brett Arthur confidently said, “I think the Kansas City Chiefs are going to win this year.”

Fans have not lost their loyalty to football; this is still an exciting time for all. Sophomore Maggie Wentworth said, “My family and I really enjoyed watching football on T.V. this year, even though it was different than usual.”

Many families and friends in the past have enjoyed this traditional Sunday with a Super Bowl party, but this year things could look a little different. Although large gatherings are probably not ideal this year, families will still be able to comfortably watch this iconic game from their own homes.