BVM Sisters get a new dog for the convent 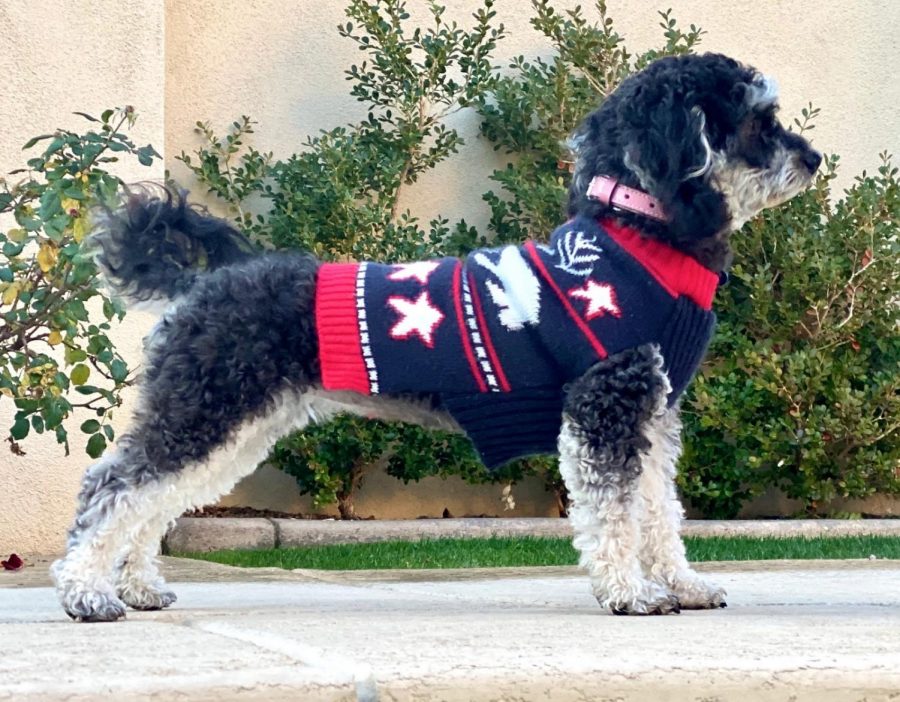 Socks poses in her Christmas sweater

The Sisters of the Blessed Virgin Mary adopted a new puppy, Socks, on December 4. She is a black and white Poodle Dachshund Schnauzer mix and is loved by all the sisters for her spirited personality.

Socks’ color is part of the meaning behind her name. She has white fur on all four of her paws that make it look like she is wearing socks.

The sisters were not planning to get a new dog as their last dog passed over a year ago. Since Covid-19 hit, they have had a lot of free time so Sister Lynn reintroduced the idea of obtaining another pup and they all agreed.

When looking for a new dog, Sister Lynn came across an adoption place called Help a Dog Smile.

After filling out a lengthy application, she then had an interview. It lasted about 40 minutes and she had to display the whole convent with a camera: the inside, the backyard, and even the space between the ground and the gate in the backyard.

After the interview, the sisters received a call a few days later telling them they were to be family to their new dog, originally named Molly.

When they first met Socks, she was shy and nervous, but now she is anything but. Socks is extremely energetic, lively, expressive and in Sister Lynn’s opinion, a “wild child.”

Sister Joan says, “She loves to run. Sister Joanie’s room is the farthest and she runs around the corner, down the stairs and all around. She’ll do this five or six times at full speed!”

Sister Joanie said, “She’s very expressive and she’ll let you know she wants to play. In all capital letters, PERSISTENT.”

Socks has taken after the sisters and is a religious dog. She sits in on prayers and attends Mass quietly.

According to the sisters, Socks doesn’t like males or her nickname “Sister Socks” given to her by her male trainer. Her favorite sister is Sister Joanie because Socks sleeps in her room and Sister Joanie feeds her.