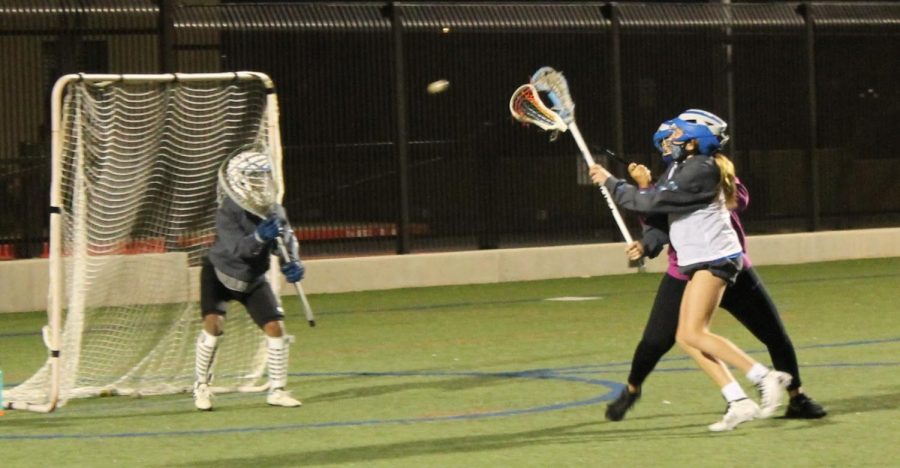 Xavier’s dedicated varsity lacrosse team practices into the night to take it to the next level for an upcoming game.

With the winter sports season coming to an end, spring sports teams at Xavier are beginning to prepare for their upcoming season.

The season typically begins on February 8, but this year, due to the pandemic, the season starts on March 1.

With the Covid-19 numbers going down in Arizona, the Arizona Interscholastic Association (AIA) board lifted its crowd restrictions, and the schools are asked to consider the recommendation from the health services in their areas. According to Sister Lynn Winsor, vice principal for activities/athletics, since Xavier works in compliance with the Diocese of Phoenix, the school will comply with whatever the Diocese decides for the number of fans able to attend games.

Due to the late start of the season, the AIA board approved the elimination of the invitational tournaments for the spring sports teams. This approval will allow schools to make up any canceled games if needed so that the sports season will not be prolonged.

“It’s been very difficult switching seasons because we have one field… but we’ve gotten Sunnyslope [High School] and St. Francis’s fields to use,” said Winsor.

With the soccer state championship games going into the spring sports season, Petznick Field has been shared between soccer, softball and lacrosse. Since Sunnyslope uses the city courts, and the city courts are closed, Sunnyslope will be using Xavier’s beach volleyball courts.

Track and field started the 2021 season with a win against Perry High School on March 17, and Gators won with a 113-15 victory.

According to Tatiyana Angry, a freshman on track and field, the different environment in her sport due to the pandemic has made her more confident, and it has made her want to prepare harder with her team.

Both junior varsity and varsity tennis started their seasons with away games against Chaparral. Beach volleyball started its season with an away game against Sunnyslope on March 22.

“In the preseason rankings, I know Xavier softball is going to be right up there, as is beach volleyball,” said Winsor.

“We didn’t really get a chance to play our season last year since it got cut short, so this year it seems everyone’s more excited and a little bit nervous, but very excited to start playing again,” said Macy Lee, a senior on varsity softball.

Beach volleyball has a scheduled away game against Perry at Casteel on April 1 at 4 p.m.  All scheduled games are subject to change due to Covid-19 and field availability.