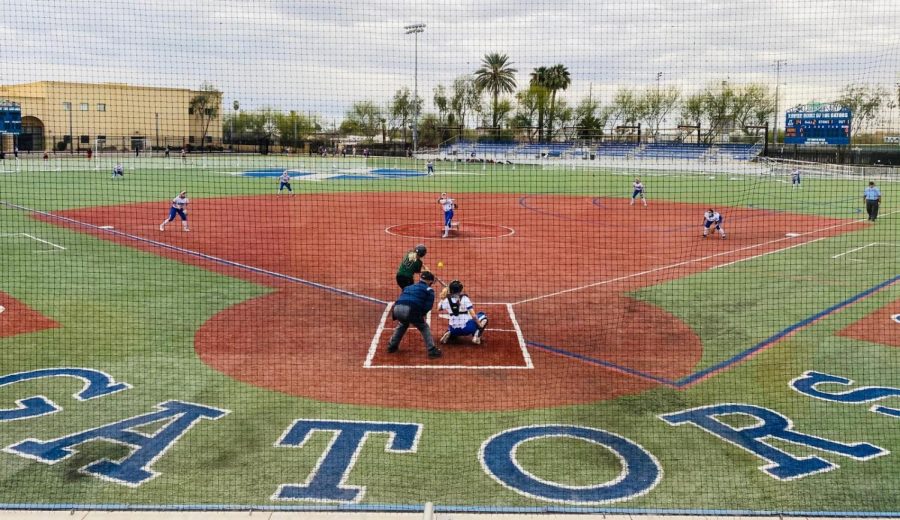 The 2020-21 school year was an exciting time for Gator sports. With back-and-forth sports shutdowns due to Covid-19, more girls trying out for sports than in previous years, and many impressive wins, Xavier College Prep athletes had to overcome obstacles, but, as always, were able to excel.

On top of that, many teams have made it far in the playoffs. The swim team and lacrosse team were state runners-up, cross country finished third, archery finished third, basketball made it to the semifinals and volleyball was in the top eight.

Xavier started out the year with sports able to go on despite Covid-19 concerns. Also, against expectation, “We had more kids trying out for teams this year than we had before,” said Sister Lynn Winsor, vice principal for activities and athletics.

The winter sports season began later than normal, and midway through the season the Arizona Interscholastic Association (AIA) cancelled all winter sports. Athletes participating in winter sports were devastated, and petitions calling for a reevaluation of the cancellation circulated, gaining many signatures.

These petitions were successful, as they prompted the AIA to reconsider. The AIA reconvened and decided to overturn their previous decision and let the winter sports season go on.

A highlight of the winter season was when the varsity soccer team made it onto ESPN in the Top 10 segment for  best daily plays. The play that made it was when Bella Leonard, a varsity soccer sophomore, scored a buzzer-beater goal from the 41-yard line in double-overtime in the semifinals.

Due to Covid-19, fall sports games were restricted so that nobody could come and watch the games. Eventually, the AIA opened it up so that each player could have two people watch.

When asked in a survey what was the most challenging part about sports this year, Lexi Garman, a sophomore who played badminton, said that the hardest part was “not being able to support or have support as a player and a fan during the season.”

As the year started and no fans were allowed to attend sports games, Xavier had to adapt to stream their games online. As a result, despite the crowd restrictions, a majority of Xavier students were able to watch games. A survey was sent out to Xavier students, and 76.9% of respondents said that they attended a sports game either online or in-person this school year.

As spring sports’ seasons are coming to a close, varsity softball and beach volleyball are all entering playoffs. Track and field does not have playoffs, but their state meet is on Saturday, May 15.

Heading into the playoffs, things are looking bright for Xavier’s spring sports teams. Currently, softball and beach volleyball are ranked number one and tennis is ranked number three.