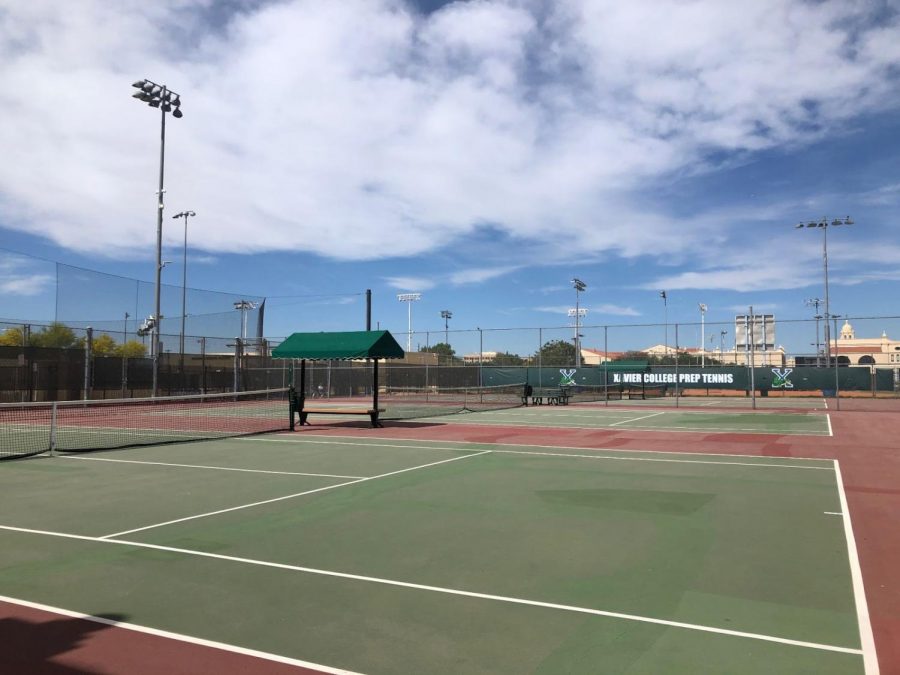 The current Stark Tennis Courts will be renovated this summer. The cracks and breaks in the courts have constantly been filled in over the years.

Tennis is one of the most popular sports at Xavier, with approximately 25 JV and varsity players, 60 players in the tennis club and over 80 players in freshman tennis. After spending years keeping up with maintenance and constant renovation for the tennis courts, it was decided that a final renovation would take place this summer, 2021.

Some of the problems with the tennis courts included cracks in the courts, water damage due to the drainage and sprinkler system, roots from the Ash trees under the courts and insufficient room for Xavier’s large team.

To face these issues, the sisters have teamed up with surveyors to devise a plan to correct these problems.

Many of the drainage pipes will be relocated underneath buildings, opposed to along the roofs. This will create a more efficient drainage system that will also prevent any further damage.

Sister Lynn Winsor, vice principal for activities and athletics, explaining the plans, said, “A diversion plan will be made so the water that falls into the courtyard will be in pipes underneath the tennis courts and will go out to Winsor Way.”

The back courtyard will also be completely redone, along with the cement around campus.

The purpose of this project is to create an even safer environment for students to participate in sports. Winsor said the “safety of our kids comes before anything.”

Sophomore Lauren Vowels said she is “looking forward to getting more experience and court time during practice.”

Sophomore tennis player Samantha Patton said she is looking forward to being “able to have an even more exciting and fun experience as a part of the Xavier tennis program.”