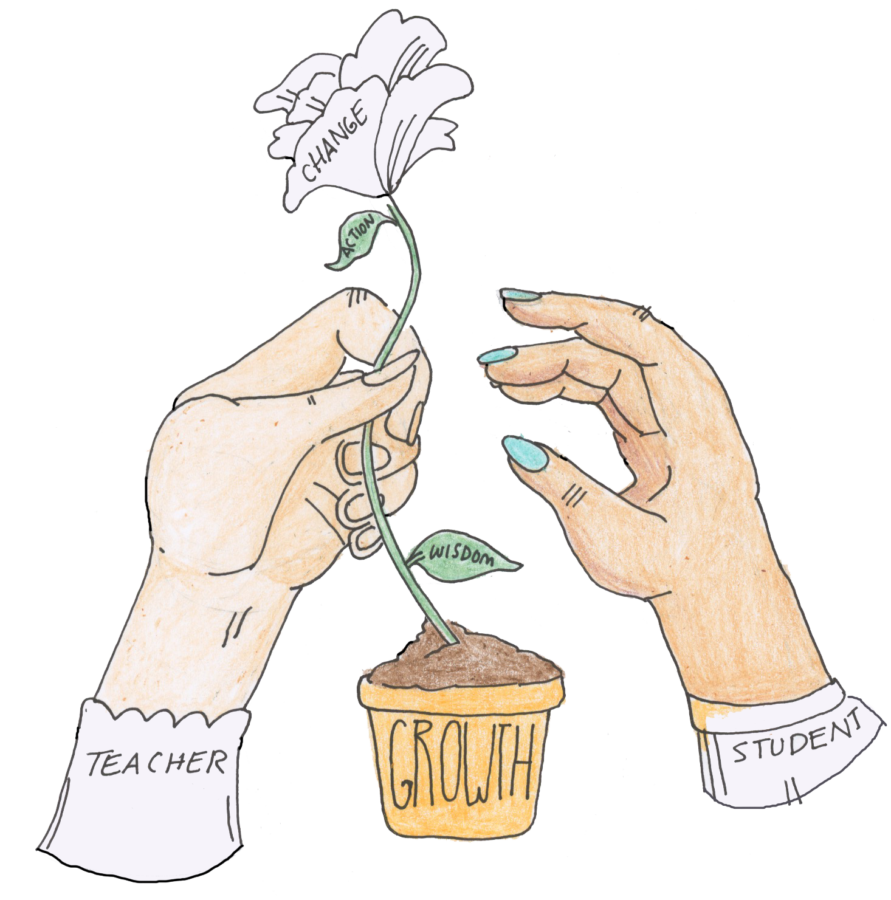 For in us is a whole universe – perspectives on Stoneman Douglas

Relying on the power of prayer to heal the wounded, mend the broken and repair the damaged; it seems that every week there is a new hashtag floating around social media, begging the public to pray for whatever school or city has been affected by gun violence this time.

This past week, yet another school shooting occurred in Parkland, Florida. The shooting resulted in the death of 17 students and faculty when a student brought an AR-15 on to campus and opened fire on his peers.

However, unlike the rest of the shootings we see day after day, this tragedy resulted in something other than a “pray for” hashtag.

Yes, this one resulted in something much different, and much, much more powerful.

In the heat of anger, in the face of tragedy, the students of Marjory Stoneman Douglas High School refused to be silenced. The young activists took to social media, begging for a change in our country. They started a movement.

The goal? To enforce stricter background checks for those wanting to buy a gun.

Why was this person able to purchase a gun so easily? Why are so many citizens valuing their 2nd amendment rights over the lives of the children of America?

These were exactly the questions begged by the students of Marjory Stoneman Douglas High School in tweets directed at President Trump, as well as congress.

But the goal here was not to get “political,” or to create a divide between Republican and Democratic parties. What many people fail to realize is that what our country needs now is unity. Even more so, what the children affected by lack of gun control need now is action. Yes, thoughts, and prayers and hashtags, but also promise that we, as a country, will put aside our political beliefs, our love of guns, and our pride, to make sure that what happened last week in Florida will never happen again.

I have grown up in a country riddled with bullet holes. At 16 years of age, I have seen countless numbers of my peers across the United States killed through acts of senseless violence. It’s hard to find words, let alone strength, in these situations, and it’s hard not to feel helpless. Hopelessness can easily overcome us when, as a country, we’re faced with situations that we don’t know how to handle. But now, it’s more important than ever to use our voices to fight for those who cannot anymore. As a student, who is scared, yet hopeful, for the future of our country, I am asking you to fight with me.

“There are no ordinary people. You have never talked to a mere mortal,” CS Lewis once said, referencing our calling in Christ to a glory which eye has not seen and ear has not heard. This goes well beyond the view that each person is special, unique, or some such thing that one hears in iPhone commercials. We have both our origin and end in the love of God, and thus possess a dignity commensurate with that love.

There are many ways to articulate this and its implications, whether theologically, philosophically, or poetically. And not just from within a Christian framework. A colorful example from Hinduism is the story in the Bhagavad Paruna, in which the child Krishna, accused of eating dirt by his playmates, is asked by his foster-mother to open his mouth so she can determine his guilt. When he did, “She saw the whole universe, heaven, and the regions of the sky, with all the forms of life and time and nature and action and hopes, and her own village, and herself.”

While Krishna is understood as an incarnation of Vishnu, one of the principal deities of Hinduism, the image of the entirety of the universe being contained or reflected in any person is arresting. It becomes more remarkable when insisting, as Lewis does, that every person, regardless of status, ability, intelligence, or beauty, is extraordinary. And to take the further step of claiming, as Jesus does in Matthew 25, that to minister to the weakest and most vulnerable among us is to minister to him, and that to neglect them is to neglect him, is staggering.

What might it mean to see Christ in the weak and vulnerable in light of the recent shootings in Florida? How might we honor and minister to them? This isn’t to ignore the political questions that such tragedies are often reduced to, but to reframe them from within an ethic of concern for the “least of these.” While the pro-life movement has for years drawn attention to this ethic, the abortion issue is hardly the only context in which it applies. The gun control debate, including discussions of the 2nd Amendment, the right to purchase assault rifles, and the claim that people, and not guns, kill people, also belongs in this discussion. And I don’t think it unreasonable to say that the continuing violence in our schools demonstrates that the least of these are not adults worried that their government is going to restrict their hunting or shooting range rights or their ability to defend themselves against enemies domestic or foreign; instead, it’s the children who are getting slaughtered in their schools.

I wonder how much longer we’re willing to sacrifice children on the altar of a reading of the 2nd Amendment that emphasizes “personal choice,” something I heard recently from someone who considers restrictions on gun purchases as a violation of our sacred right to choice. There have been too many children killed to consider school shootings as aberrations, and to suggest that their deaths are the unfortunate price for honoring a right to purchase a rifle intended for use in combat is profane. But it seems that this is where we are, with a constitution apparently at war with itself and schools allowed to become shooting galleries.

In family discussions about the shooting, we’ve considered current gun laws, here and in other countries. We’ve discussed how in countries with more restrictions, mass school shootings don’t happen. Where they did occur, as in both Australia and Scotland in 1996, governments acted swiftly. Not to deprive people of their rights, but to save lives. For as Australian Prime Minister John Howard claimed, in pushing forward a ban on semi-automatic rifles after the Port Arthur massacre, “The greatest civil right you have is the right to stay alive,” language reminiscent of Church teaching that the right to life is the first and most fundamental right.

We’ve also discussed the hallowed claim that guns don’t kill people, people do, as well as the reply that mass school bludgeonings are as rare as drive-by knifings. Of course “people kill people,” if by that we mean that human volition and action are the primary cause of every form of murder. But they are able to do so far more easily, swiftly, and with greater carnage when armed with assault rifles or handguns. Fortunately hand grenades are subject to stricter laws than assault rifles and handguns, for there are those who claim they should have access to them.

When discussion turns to prayer things come into sharper focus, for we move from abstractions and speak the names of actual people. Violent death shatters real lives and their families. And so we pray for Luke Hoyer, a 15-year-old described as “always happy, always smiling.” For Meadow Pollack, who was looking forward to attending Lynn University in the fall; for Joaquin Oliver, 17, who was born in Venezuela and recently became a US citizen; for geography teacher Scott Beigel, 35, who was shot while ushering students into safety. And for Jaime Guttenberg, 14, whose father Fred urged people in a Facebook post to “hold your children tight.” And for all the other victims and their families, all of them extraordinary people, all of them created for everlasting glory. And all of them, if we dare to take the gospel seriously, the vulnerable in whom Christ himself is present. As Dorothy Day wrote, “He made heaven hinge on the way we act toward Him in His disguise of commonplace, frail, ordinary humanity.” Doesn’t this include terror-stricken children hiding in classrooms while their friends are being murdered?

And we pray for ourselves. My wife and I work in a high school, and I have responsibility for over 150 daughters of parents who trust that they’ll be safe at school. Our own children are in school, entrusted to the care of others. So, naturally, we wonder: Are we safe? Are we next?